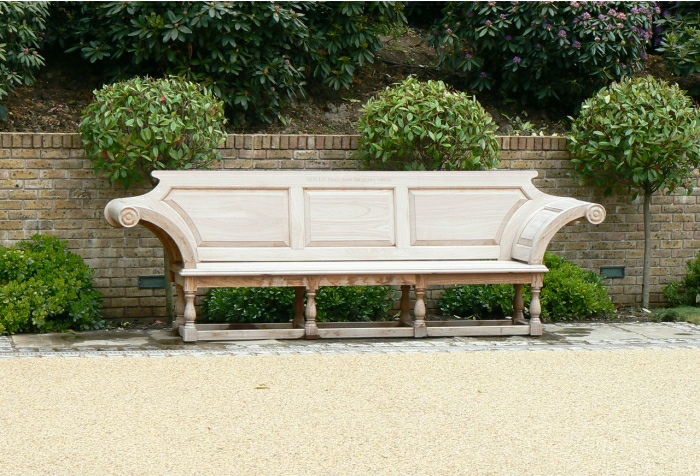 I took templates from an old and decaying seat from a garden in Richmond, North Yorkshire and have made what I believe to be an 'authentic hybrid' using other examples a few outdoor seats which still exist and photographs of earlier seats that have been lost. One such photograph shows Bobbie James ( of climbing rose fame ) sitting on a Kentian seat remarkably similar to the dilapidated seat from which my templates were taken. I believe he may have had the seat reproduced from this photograph for his garden in Richmond, North Yorkshire. Both seats are similar to the seats on the terraces at Bodnant, and I understand that Bobbie James was friends with the Aberconwy at Bodnant and the photograph of him sitting on this unpainted seat with Harold Keppel may have been an earlier seat than the 20th century ones at Bodnant? Anyway it is not the same seat as in his garden, and it may well be that the design was shared by several of the late Victorian. grand houses and Parks.

There are similar seats, but with more flamboyant backs in sketches by Peter Tillemans c. 1720 and an etching by J Rocque 1737 for Wrest Park. Although these early sketches are not detailed enough to be sure of dimensions they provide the earliest evidence I have so far found for this seat style in this country. William Kent was probably influenced by stone seat he would have seen in Italy during the beginning of the 18th Century and would have tranfered the design to wood as a more commonplace and sympathetic material for the colder and wetter climate of England.

Although my Kentian seats have drawn on all the above to make as authentic design as possible, I have improved the design of the construction by adding a gap at the point where the bottom of the back and the arms meet the seat - this allows rain water to drain from the seat. Additionally the seat of all the examples I have studied have had solid seats, I have used closely spaced slats which allows for drainage while still giving the effect of a solid garden seat. Solid seat boards can be used on seats for interior use. My seat also has turned legs front and rear and a low table can be made with the same turnings to associate with these seats. 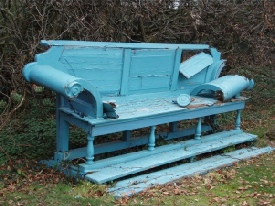 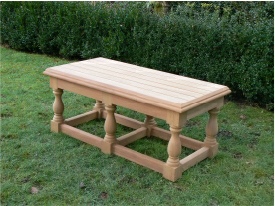 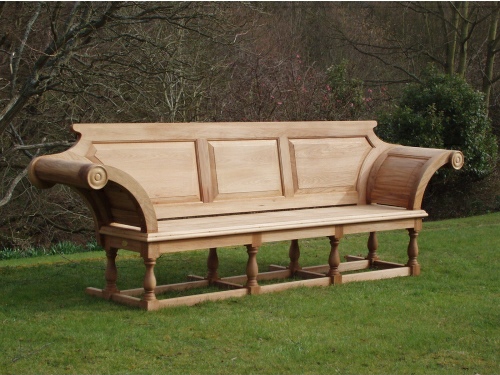 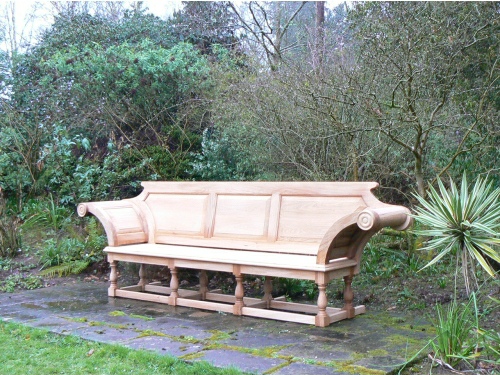 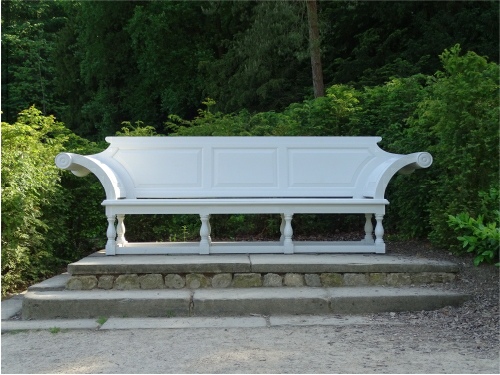 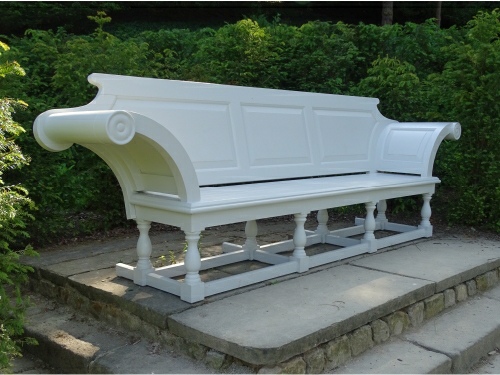 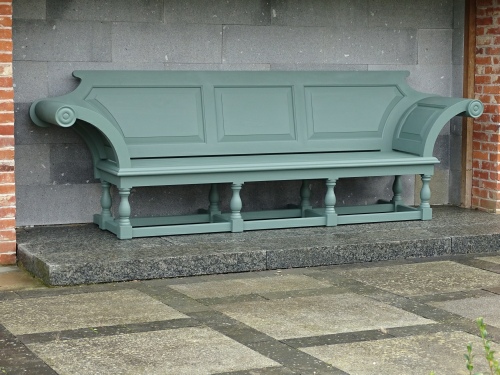 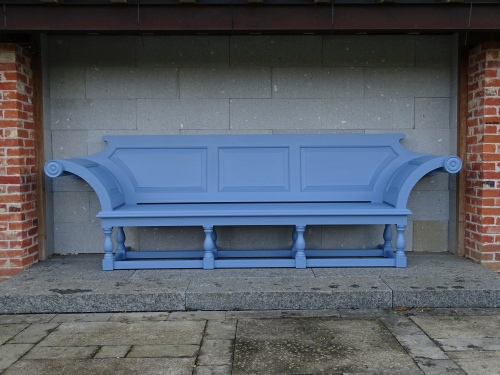 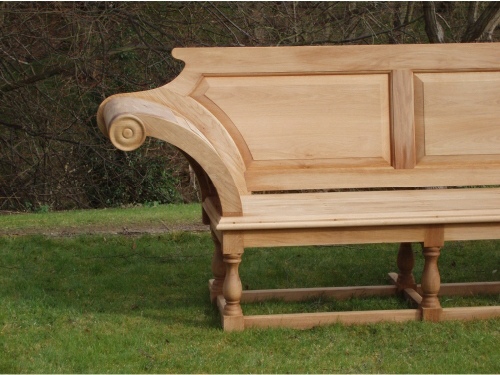 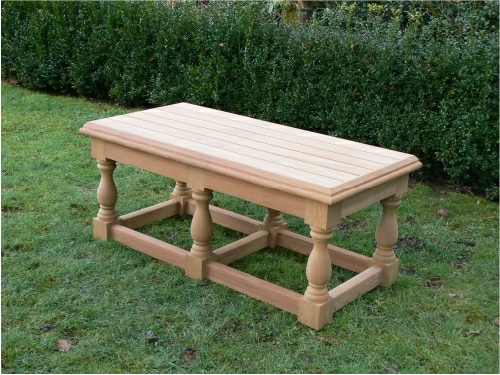 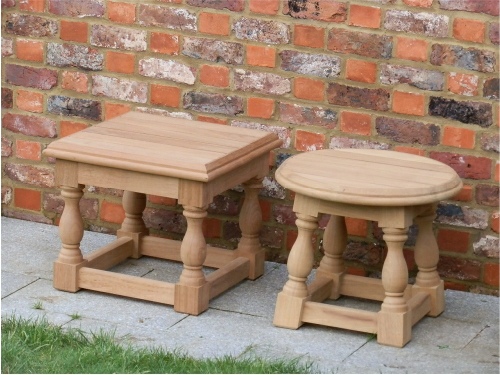